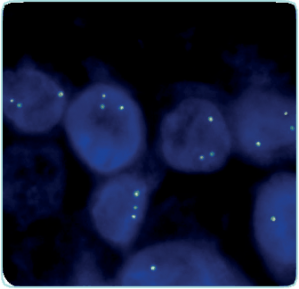 
For the qualitative detection of translocations involving the human ALK gene at 2p23.2 by fluorescence in situ hybridization on automated bond systems 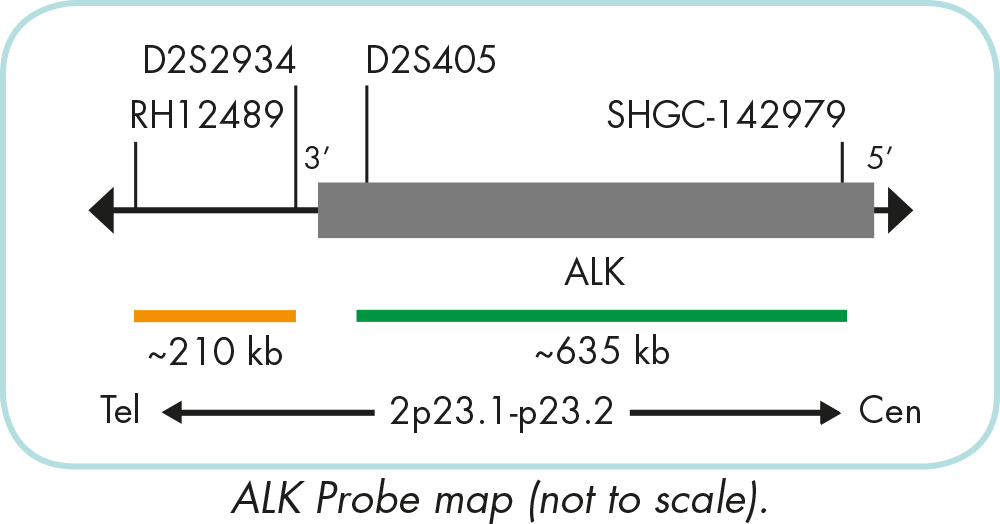 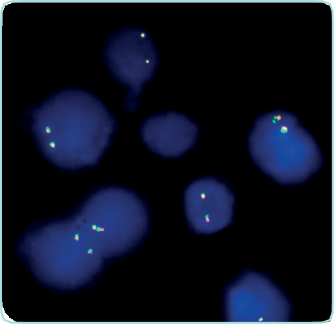 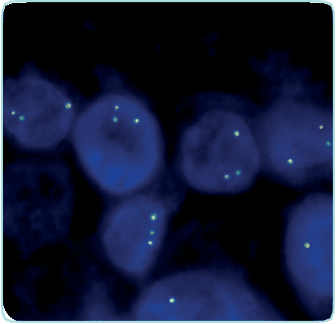 Lung cancer tissue section with translocation of the ALK gene as indicated by
one non-rearranged orange/green fusion signal, one orange and one separate green signal.

For in vitro diagnose use. For professional use only.